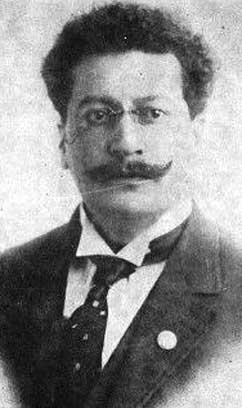 He was one of the major thinkers of the Mexican Revolution and the Mexican revolutionary movement in the Partido Liberal Mexicano. MagÃ³n organised with the Wobblies (IWW) and edited RegeneraciÃ³n, which aroused the workers against the dictatorship of Porfirio Diaz.

Kropotkin's The Conquest of Bread, which MagÃ³n considered a kind of anarchist bible, served as basis for the short-lived revolutionary communes in Baja California during the "Magonista" Revolt of 1911. From 1904, MagÃ³n remained in the USA. Half this period he was in prison. His last arrest was in 1918, when he received a twenty-year sentence for "obstructing the war effort", a violation of the Espionage Act of 1917. He was arrested soon after the rise of Bolshevism in Russia and the Russian Revolution, whose excesses created a fever pitch of fear of anarchists and bolshevists in the United States. The Wilson administration's conducted what were called the Palmer Raids, a wholesale crackdown on war dissidents and leftists that also swept up notable socialists such as Eugene V. Debs.

The cause of Flores MagÃ³n's death has been disputed. Some believe that he was deliberately murdered by prison guards. Others contend that he died as a result of deteriorating health caused by his long imprisonment, possibly exacerbated by medical neglect by Leavenworth Penitentiary officials and staff. Flores MagÃ³n wrote several letters to friends complaining of debilitating health problems and of what he perceived to be purposeful neglect by the prison staff.[1] Yet others have contended that he likely died while in prison due to natural causes.[2]

MagÃ³n's movement fired the imagination of both American and Mexican anarchists. In 1945 his remains were repatriated to Mexico and were interred in the Rotonda de los Hombres Ilustres in Mexico City. In Mexico, the Flores MagÃ³n brothers are considered left-wing political icons nearly as notable as Emiliano Zapata; numerous streets, towns and neighborhoods are named for them.