From Anarchopedia
(Redirected from Mikhail Bakunin)
Jump to: navigation, search 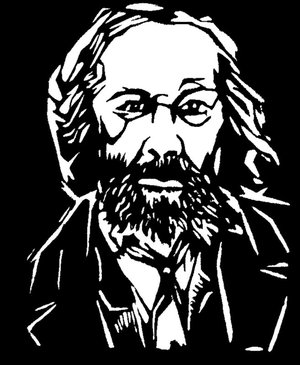 In "Anarchism", by Daniel Guerin (Monthly Review Press, 1970), page 4, Guerin states, "The relative unity of social anarchism arises from the fact that it was developed during a single period by two masters, one of whom was a disciple of the other: the Frenchman Pierre-Joseph Proudhon (1809-1865) and the Russian exile Mikhail Bakunin (1814-1876). The latter defined anarchism as 'Proudhonism greatly developed and pushed to its furthest conclusion'. This type of anarchism called itself collectivist".

God and the State