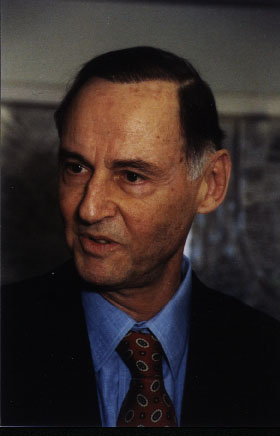 Paul Avrich (1931 August 4 - 2006 February 16) was a radical historian. He was born in New York City. He was a noted historian and professor who authored many books on anarchist history, including books on the Haymarket Riot, the Modern School Movement, the Russian Revolution, and a collection of oral interviews with American anarchists, Anarchist Voices.

Avrich was nominated for the Pulitzer Prize several times and in 1984 he won the Philip Taft Labor History Award.

Avrich published his dissertation on 'The Russian Revolution and the Factory Committees' at Columbia University in 1961. In 1967 Avrich published his first book on the hustory of anarchism, The Russian Anarchists (see also anarchism in Russia). He went on to publish many more books on anarchist history, including The Haymarket Tragedy in 1984 and Sacco and Vanzetti in 1991.

The Library of Congress houses the Paul Avrich Collection, a collection of over twenty thousand manuscripts and publications on American and European anarchism that Avrich donated to the library.