From Anarchopedia
Jump to: navigation, search
File:ÐŸÑ€Ð¸Ð·Ñ€Ð°Ðº Ð±Ð¾Ð»ÑŒÑˆÐµÐ²Ð¸Ð·Ð¼Ð°.jpg
Anti-Bolshevik propaganda poster created by the Nazi Party between WWI and WWII

The Great Purge was a continuation and escalation, during 1937-38, of the elimination of "undesirables" from the Communist Party.[1].

While the early purges (Russian: "Ñ‡Ð¸ÑÑ‚ÐºÐ°", chistka â€“ "cleansing") , and one as late as 1929-30 by Joseph Stalin, meant no more than the loss of party privileges and status, during the Great Purge, being expelled from the Party came to mean possible arrest, imprisonment or even execution.

Members of working classes were normally accepted without question into the Party. Another criteria, harder to prove, was contributions to the revolutionary cause. By the same token, betrayal or lack of commitment to the Party was hard to prove, but instead of reducing the number purged, the burden of proof was lowered.

The political purge was primarily an effort by Stalin to eliminate challenge from past and potential opposition groups, including left and right wings led by Leon Trotsky (WP) and Wikipedia:Nikolai Bukharin, respectively. Following the Russian Civil War (WP) and reconstruction of the Soviet economy in the late 1920s, the "temporary" wartime dictatorship which had passed from Lenin to Stalin seemed no longer necessary to veteran Communists. Stalin's opponents on both sides of the political spectrum chided him as undemocratic and lax on bureaucratic corruption. These tendencies may have accumulated substantial support among the working class by attacking the privileges and luxuries the state offered to its high-paid elite.

The Ryutin Affair, roughly speaking, an attempt by Ryutin to lead a coup against Stalin, seemed to vindicate Stalin's suspicions. He therefore enforced a ban on party factions and banned those party members who had opposed him, effectively ending democratic centralism. In the new form of Party organization, the Politburo, and Stalin in particular, were the sole dispensers of communist ideology. This necessitated the elimination of all Marxists with different views, especially those among the prestigious "old guard" of revolutionaries.

Communist heroes like Wikipedia:Mikhail Tukhachevsky and Wikipedia:BÃ©la Kun, as well as the majority of Wikipedia:Lenin's Wikipedia:Politburo, were shot for disagreements in policy. The Wikipedia:NKVD were equally merciless towards the supporters, friends, and family of these heretical Marxists, whether they lived in Russia or not. The most infamous case is that of Leon Trotsky, whose family was almost annihilated, before he himself was killed in Mexico by NKVD agent Wikipedia:RamÃ³n Mercader, who was part of an assassination task force put together by Special Agent Wikipedia:Pavel Sudoplatov, under the personal orders of Joseph Stalin.[2] 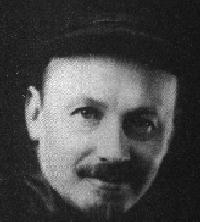 Nikolai Bukharin, tried and executed in 1938. His anti-statism (WP) beliefs got him into disputes with Lenin (WP). He was on the right in Soviet politics, and most of the other Old Bolsheviks (WP) who were Leftist were tried and executed by Stalin earlier, in 1936

Wikipedia:Sergey Kirov's murder in 1934 was used by Stalin as a pretext to launch the Great Purge, in which about a million people perished. Some later historians came to believe that Stalin himself arranged the murder, or at least that there was sufficient evidence to reach such a conclusion.[3] Kirov himself was a staunch Stalin loyalist, but Stalin may have viewed him as a potential rival because of his emerging popularity among the moderates. In the 1934 party congress, Kirov was elected to the central committee with only three negative votes, the fewest of any candidate, while Stalin received 292 negative votes. After Kirov's assassination the Wikipedia:NKVD charged the ever growing group of former oppositionists with Kirov's murder and a growing list of other offences, including treason, terrorism, sabotage, and espionage.

Another justification was to remove any possible "Wikipedia:fifth column" in case of a war. This was a justification maintained to the very end by Wikipedia:Vyacheslav Molotov and Wikipedia:Lazar Kaganovich, participants in the repression as members of the Politburo, who both signed many death lists.[4] Stalin was convinced of the imminence of war with an explicitly hostile Nazi Germany and an expansionist Japan. This was reflected in the Soviet press, which also portrayed the country as threatened from within by Fascist spies.[5]

As with elsewhere in the world, even to this day, Russian Army officers had tended to be groomed and promoted primarily from the ruling class. When Hitler betrayed the Ribbentrop Pact and attacked the USSR midway through World War II, the purge had killed a number of officers sufficient to cause a shortage of both officers and officer uniforms. The USSR stepped up its officer training programs, and the Soviet army hurriedly made do with officer rank insignia stitched onto regular uniforms.

From Stalin's death in 1953 until 1991, purges as systematic campaigns of expulsion from the Party stopped and loss of the Party membership once again meant only loss of possible Wikipedia:nomenklatura privileges.